I first heard about Rent a few years ago from a student who kept on singing the first few lines of "Seasons of Love". I was a bit annoyed at first - imagine hearing the phrase "525,600 minutes" over and over - but it all changed when I actually heard the song in its entirety. Next thing I knew, I had all of the songs in my iPod and watched the movie version three times. So when I got the invite from the 9 Works Theatrical PR, I almost fell off my chair. 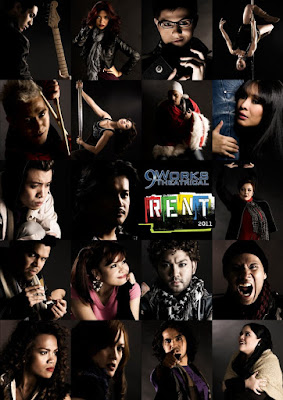 Rent, the brainchild of the late Jonathan Larson, is a story about a group of friends living in New York, going through different life struggles such as drug addiction, homosexuality, homelessness, and career decisions that can probably influence and change their lives, and the lives of the people around them. The play is directed by Robbie Guevara (The Wedding Singer, A Fiddler on the Roof) and stars Gian Magdangal as Roger Davis, an HIV-positive songwriter/musician; Sheree Bautista (alternating with Ciara Sotto) as Mimi Marquez, a sexy dancer with HIV; Fredison Lo as Mark Cohen, an independent filmmaker; OJ Mariano as Tom Collins, a philosophy teacher; Job Bautista as Angel Dummot Schunard, a gay street musician who is HIV positive; Mian Dimacali (alternating with Carla Guevara-Laforteza) as Maureen Johnson, a performance artist; Jenny Villegas as Joanne Jefferson, a lawyer who is also Maureen's lover; and Lorenz Martinez as Benjamin Coffin III, former roommate to Roger, Mark and Tom, who becomes a landlord. Peachy Atilano, Harold Cruz, Johann dela Fuente, Pam Imperial, Gary Junsay, Anna Santamaria, Alys Serdenia, and Mark Tayag complete the ensemble. 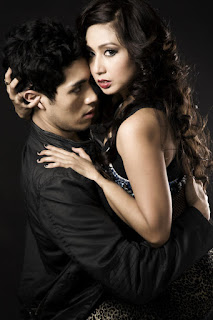 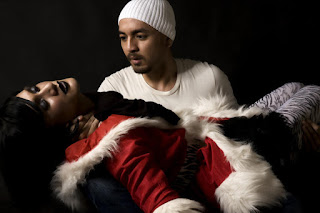 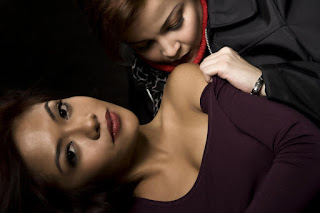 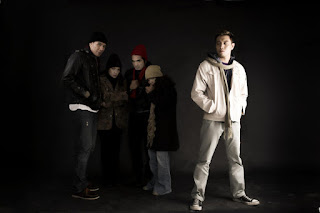 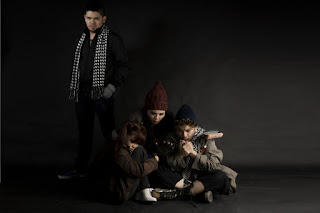 To be completely honest, I did not expect to enjoy as much as I did. After seeing and hearing countless upon countless of western songs being butchered on TV, I was slightly afraid that Rent might turn out the same way so it was a big load of my chest when it didn't. The moment Mark Cohen started singing onstage, my doubts were wiped away and when the others chimed in, the play got better and better and better. 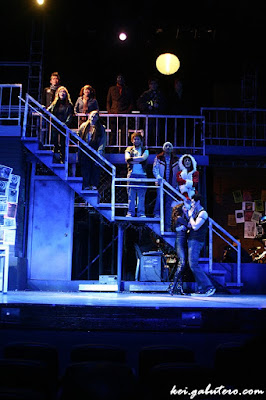 Sheree Bautista was a pleasant surprise. From Viva Hot Babe to theater actress, it was like she fit into the Mimi role perfectly (maybe the fact that she's Magdangal's real-life girlfriend helped with the chemistry), although she did look a wee bit awkward on the pole (understandable, since she only did three sessions). She didn't have the best singing voice but I think it's a good thing - I can't quite imagine Mimi sounding like some diva. Her tone was seductive and a bit husky/raspy in all the right moments. In other words, amazing. 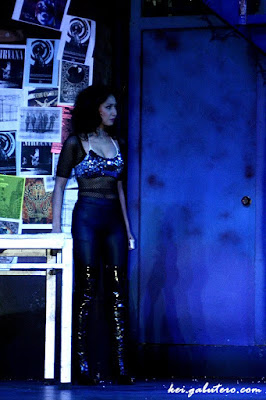 Another actress to look out for is Mian Dimacali, who did a wonderful job as the feisty bisexual performer Maureen. "Over the Moon" was a hoot and thoroughly entertaining, and she managed to personify Maureen's spunk and resilience that she even got the audience to "moo" with her. Yes, I mooed once or twice. Never thought I'd moo in a theater.

Of course, this post wouldn't be complete without mentioning the sweetest couple in Rent - Tom and Angel. It doesn't matter if they're gay (I actually saw a comment that "I'll Cover You" would've been so much better if sung by a girl and a boy); there's just something between what those two shared that's so pure and so strong, it just takes my breath away. OJ Mariano and Job Bautista played them so beautifully, it brought tears to my eyes. Especially that scene where Tom was singing the reprise of "I'll Cover You." Heart-wrenching moment there. 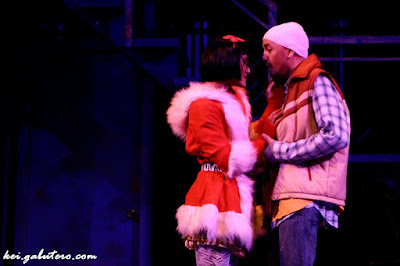 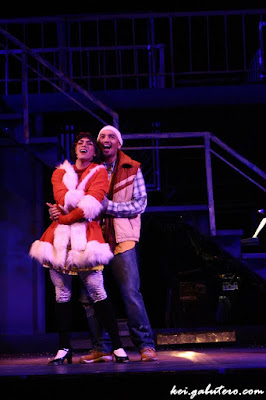 Rent is all about its music. I love the entire soundtrack, and that's not very common for me. Each song speaks volumes about a wide range of topics, like desperation (One Song Glory), defiance (We're Not Gonna Pay, Over the Moon), true love (I'll Cover You), pride (Take Me or Leave Me), longing (Without You), and living life to the fullest (Seasons of Love, No Day But Today). I guess this is what really makes this play special - it has something for everybody. 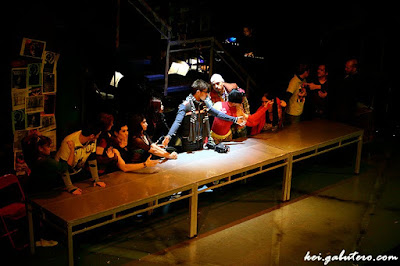 The cast singing "La Vie Boheme", one of the livelier songs. 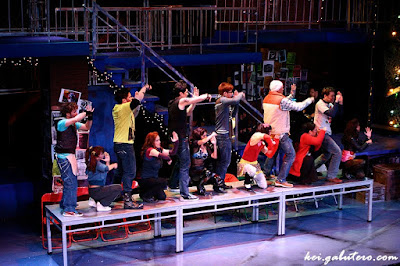 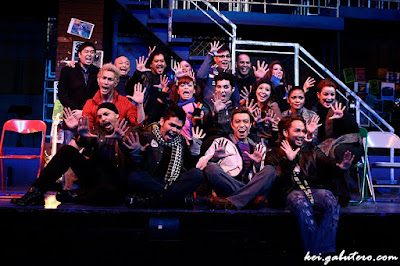 PAK!
Bottom line - WATCH IT. It's on its final run, so hurry before it's too late. No day but today, right?

Now excuse me while I figure out what to do with those free, one-hour Polecats strip tease lessons I won.

Fridays, Saturdays and Sundays at 8PM

Tickets are sold at Php800 to Php2,000 via the 9 Works Theatrical Website.

by Keiichi at 1:30 PM
Email ThisBlogThis!Share to TwitterShare to FacebookShare to Pinterest
Labels: Theater Stuff