It's been raining non-stop for the past three days with what feels like no end in sight. I honestly thought it was going to get better when I stepped out earlier to have my car fixed (busted speedometer, but that's another story to tell) because, for the first time in days, I actually saw the sky. But as soon as I got home... 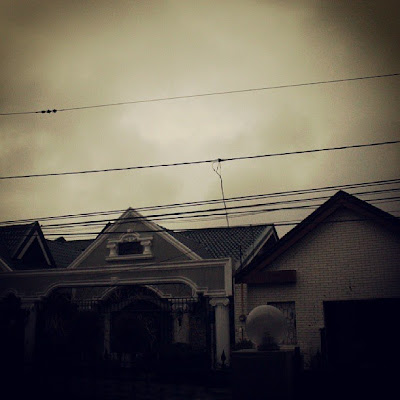 It's raining again. I can hear gusts of wind this time. I find this scarier. And I can only imagine what it's like for those people who live on the streets, without any place to take shelter from the torrential rain and flooding. If only I had superpowers. :(

This is worse than Ondoy. I think what made Ondoy disastrous was the fact that it took us by surprise. Nobody thought that it could cause so much damage. Four years later, it's like nothing has changed even after so much preparation. We live in a tropical country and we know since the beginning of time that we experience this kind of weather every single year. You'd think it'd be fixed by now, especially after Ondoy, but looking at the news footage and the pictures, we know otherwise.

Hay. I can complain about corruption all I want, but it's not gonna make the rain stop. I'll just focus on something else, like making sure my family, friends, and students are okay.

Stay safe and dry, everyone! Stay indoors, stock up on supplies, and charge your phones. This could be another long, sleepless night.