Strangers on a Train by Patricia Highsmith


I have heard so many references to Strangers on a Train in movies and TV shows that I finally got curious and sought out the book with much anticipation. Unfortunately, it did not live up to my expectations. 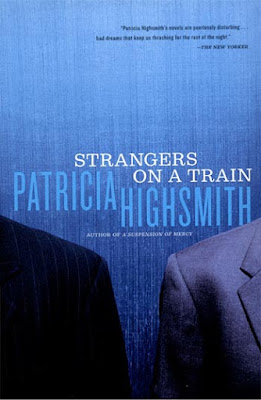 On a train back to Metcalf, architect Guy Haines meets Charles Bruno, who makes an interesting proposition - he will kill Guy's wife Miriam (whom Guy is planning to divorce) in exchange for Guy killing his father. Guy, thoroughly disturbed by the offer, dismisses the encounter until Bruno goes through with his part of the "deal".

The concept in itself is quite interesting. It's supposed to be the perfect murder; there were no apparent connections between the two men except for that meeting on the train, and they had no motive to kill their targets. I was intrigued to see how Miriam's murder was going to affect Guy, especially since he had a potentially bright future ahead of him.

The only thing I didn't quite like was how the book was written. Sentences were choppy. Some ideas were suddenly cut off that I felt like I was hung out to dry. It was like reading a book written by a kid in 6th grade, and it left me a bit frustrated. If the story hadn't been intriguing, I would've put this book down and leave it in a shelf to gather a considerable amount of dust.

Here's to hoping that the movie is better than the book.
by Keiichi at 1:04 PM
Email ThisBlogThis!Share to TwitterShare to FacebookShare to Pinterest
Labels: Book Stuff